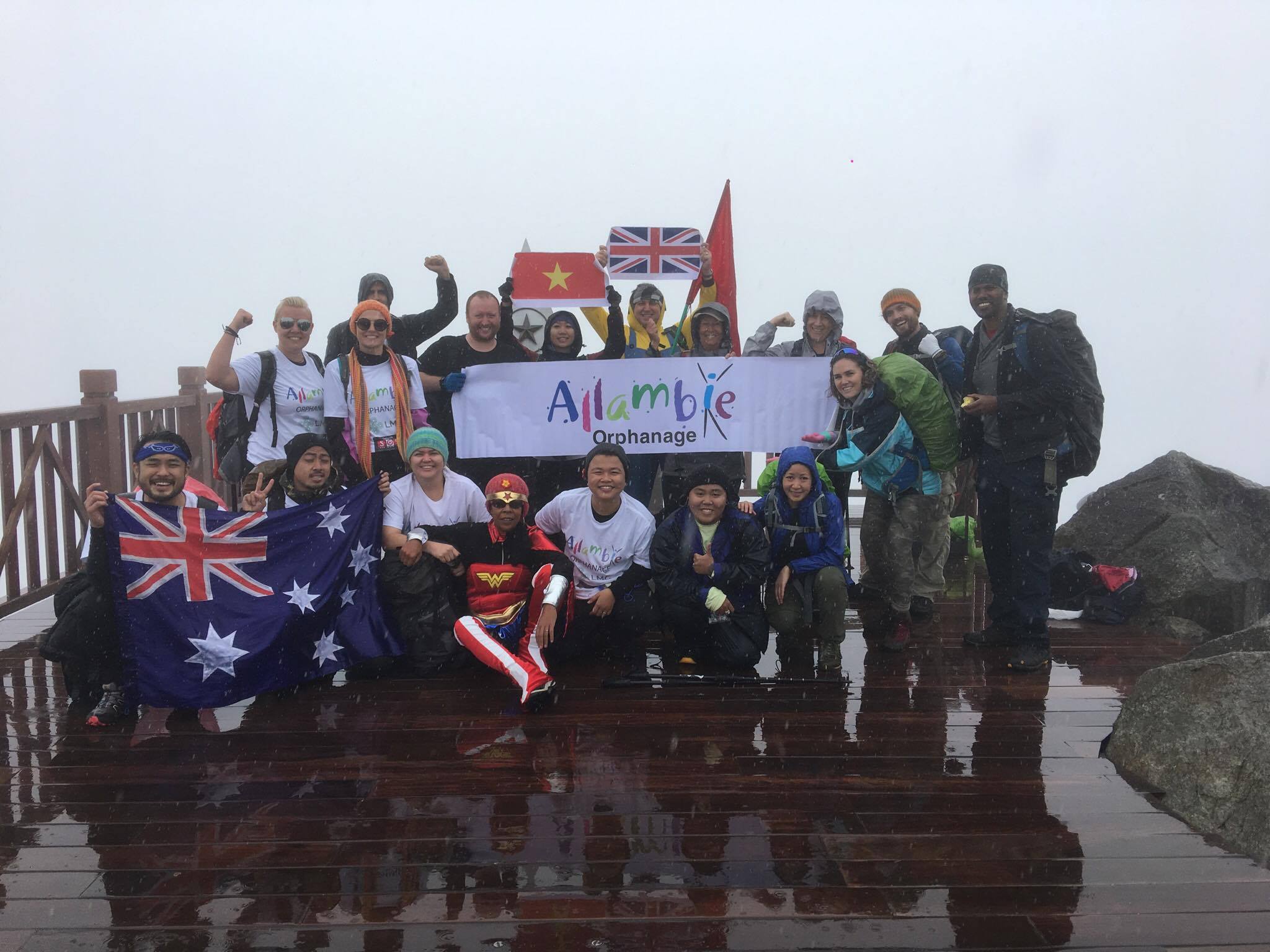 In Allambies last newsletter it was mentioned that Allambie was organising a fundraiser that would take place in October.

Founder Suzanne Thi Hien Hook and a team of 17 people ascended more than 10,000 feet to the top of the tallest mountain in Indochina for Allambie Orphanage. Mount Fansipan is located in the far north of Vietnam, very close to the Chinese boarder in Sapa province, and is by no means a simple obstacle.

Team Fansipan – a group of 18 members of the extended Allambie Orphanage family, be it through volunteering, sponsoring or supporting. It was fair to say that Team Fansipan was made up of “mixed athletic abilities” – including one anonymous member who wondered if they could climb in heels (Suzanne) and another who thought that gym was a friend from school (Stu). Two of the Allambie children, Bi and Nhi, also participated, making this a truly unique and inspiring event.

Nhi says “I wanted to do the climb to give something back to Allambie, who have helped me get an education and I am now at college studying a multimedia course. Allambie is my home – I feel wanted and loved and, with Allambies help, my dream of working in the multimedia industry is becoming true!”

The climb all the way to the top of Fansipan took 2 days, including one night sleeping on the mountain. Team Fansipan were helped by experienced Mountain guides.

Allambies founder and chief, Suzanne had her own reasons for feeling challenged. “I do not like walking or any form of exercise! I live in high heels and I hate trainers. I love food that is deep-fried, full of fat and cream, and my weakness is a big bowl of crispy roast potatoes cooked in goose fat! I’m not sure what I’m more scared about – climbing the mountain or having to give up my heels for trainers! Plus I am going to be climbing the mountain in a fancy dress Wonder Women outfit”

Despite the size of the task facing them, Team Fansipan were thoroughly determined to conquer Mount Fansipan for the future of the children of Allambie Orphanage and to show that anything is possible with the right motivation.

Well I am pleased to say that Team Fansipan made it to the TOP of the mountain. All 18 climbers found the climb very challenging and physically demanding. As the team set of on their first day full high spirits and the sun shining they didn’t know what to expect.

It soon dawned on the team that the climb to the top was going to be hard. The team physical at times had to climb up metal ladders, cling to the rock face to get to the next level, without any help from ropes or harnesses and only wooden pegs banged into the side of the mountain, one wrong step and the climbers would have slid of the mountain.

Most of the climbers found the climb exhausting, scary and at times the climbers were in tears because of the fear and the height that they had to climb and conquer a place called Death Valley, which had a huge drop ether side of it!!!

The first day the climbers arrived at Base camp at 7.30pm in the evening, exhausted and in pain and relieved that they had managed to get base camp in one piece after having to climb in the dark for 2 and half hours with heavy rain and winds hindering their climb.

Base camp was very basic with electricity and just a wooden floor and sleeping bags! Team Fansipan spirit soon recovered after a good hearty meal and warm cups of coffee, tea and bed.

The next day after hardly any sleep the climbers faced one more day of climbing and conquering their fears and coping with the harsh weather conditions. The sun came out and the views were breathtakingly stunning, but soon the rain came back.

Around 12.30pm the Fansipan team and Wonder Women reached the summit and the top of the mountain. All the climbers were pushed out of their comfort zone and really tested the climber’s strength, physically, emotionally and mentally. It challenged them in so many ways but through it all the team spirit never faltered and they laughed, cried and shared some happy memoires and raised a huge amount of money for Allambie.

Thank you to everyone that donated and supported the Fansipan team and a special thank you to the Allambie children Nhi and BI for wanting to give something back by climbing the mountain.

The money that has been raised means that Allambie will be able to help more children in the future like Bi and Nhi and give them a home and safe place as well as an education and help them full fill their dreams.

Allambie would like to say a BIG THANK YOU to @Lusine for their support for hosting a free great and meet evening with free food and drinks for all Allambie Fansipan Climbers. Plus a BIG THNAK YOU to @LMG for buying the equipment and covering the cost for Nhi and Bi the two Allambie children so that they were able to take part in the amazing fundraiser.

But most of all Allambie would like to say a HUGE THANK YOU to every single one of the Allambie FANSIPAN CLIMBING TEAM for taking the time out of their busy schedule’s to climb Fansipan Mountain and raise money for Allambie and for creating memories that none of the climbers will never forget.

If you would like to donate and support Allambie Fansipan climb, you still can please visit Suzanne’s Just Giving page. 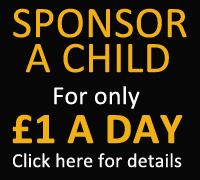